Will Brexit have an effect on Health in the UK and in the other EU Countries? 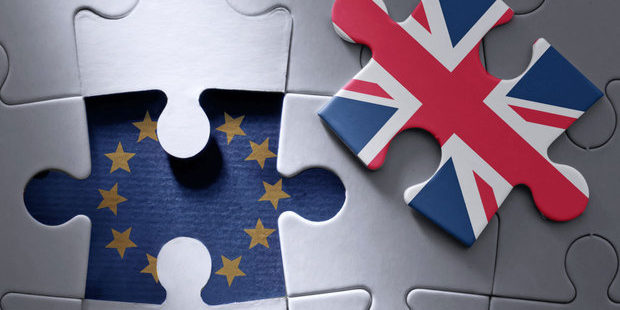 A couple of weeks ago the EU marked its 60th birthday – or more accurately it was the 60th anniversary of the signing of the original Treaties of Rome which set in motion the whole process which has led to the EU as we know it today.

In an editorial to mark the occasion, the Lancet set out some of the EU’s achievements in health over the last 60 years.[1] The editorial cites in particular the regulation of pharmaceuticals, the control of tobacco products, the development of European guidelines for management of major health conditions, the establishment of the European Food Safety Agency and the setting up of the European Centre for Disease Prevention and Control and the newly-launched European Reference Networks to tackle rare diseases.

It’s a strange piece which omits many important health –related areas where the EU has been involved. But at least it highlights the fact that the EU has played and does play a major role in health, even though each country is ultimately responsible for its healthcare system. [2]

But the EU’s 60th birthday celebrations were sadly overshadowed to some extent by the Brexit process which was formally launched just a couple of days later. So is there anything we can say about the likely effects of Brexit on health in the UK, and even perhaps on health in the rest of the EU?

A vivid memory of the EU referendum campaign in the UK was of the leave campaign bus driving round the country with the slogan that leaving the EU would save the UK £350 million a week, and that the money saved would go to the NHS. This highly dubious claim received enormous publicity and no doubt had some influence on British voters. But it has now been replaced by a much bigger financial argument, which will certainly play a central role in the forthcoming negotiations: how much should the UK pay as a fee to leave the EU? The European Commission (which will lead the EU side in the negotiations) has indicated that the amount it will seek for outstanding commitments could be as much as £50 Billion. The UK may well start with a counter-proposal that they owe nothing at all. This issue will have to be resolved during the two year negotiations if they are to succeed. Any sizeable amount agreed would greatly outweigh any conceivable extra money for the NHs which might be available in the more distant future.

But apart from this, are we any wiser about the potential effects of Brexit on health in the UK than we were during the referendum campaign? The short answer is not very much.   There are, however, a few indications, some provided by the work of the House of Commons Health Committee which is conducting an enquiry about the possible impact of Brexit on health and social care. They are looking at various areas, including the health and social care workforce, reciprocal health coverage (such as the EHIC scheme), regulation of medicines and medical devices, research, public health and resources for EU programmes, agencies and networks.[3]

We are for example beginning to get some evidence that the uncertainties produced by Brexit are having an impact on the recruitment and retention of EU nationals working in the NHS as doctors and nurses. The General Medical Council surveyed EU doctors in the NHS. Only 2000 (about 10% of the total) replied, but of those, 60% said they were considering leaving, nearly all because of Brexit.[4] The Nursing and Midwifery Council has found that 2,700 EU nurses left their register last year and that in the last quarter of 2016 new nurses coming from the EU fell by 75% from the 2015 total. [5] The significance of these figures should not be overstated. Nevertheless, at a time when the UK is very dependent on EU staff working in the NHS and social care,[6] they are certainly of concern.

One other development that was not fully foreseen last year was the view eventually reached by the UK Government that Brexit must mean leaving the EU single market. One consequence of this is the decision that the UK will leave the European Medicines Agency (EMA), and will have to set up its own alternative arrangements for licensing medicines. Many were surprised by this decision given the size and importance of the UK pharmaceutical industry – one reason the UK had wanted to have the EMA based in London in the first place – and the major role played in its work by the UK Medicines and Healthcare products Regulatory Agency[7]. This decision, and the logic behind it, throws up questions about whether the UK will also be leaving other EU agencies and regulatory bodies and systems, such as the Food Safety agency and the European Centre for Disease Prevention and Control, and what this might mean for public health protection in the UK.

As for health in the rest of the EU, at first glance there would not seem to be any major consequences from Brexit. But of course there will be some impact. First, there is the issue of resources. The UK has been the second largest contributor (after Germany) to the EU budget. When its contributions cease, there will be a shortfall that will either have to be met by remaining countries, or EU spending will have to be reduced. This will inevitably effect the amount available for health-related activities: projects financed by the structural funds, research, health programmes and EU agencies. This could have a negative impact, particularly on poorer and smaller European countries with less capability in tackling health problems, such as communicable diseases, who are more reliant on EU support.

Similarly, for all the current problems of the NHS, the UK has considerable expertise in many areas of health and health services, including biomedical research, development and assessment of pharmaceuticals and health technologies, monitoring and control of communicable diseases and health threats, and training and development of health professionals. Unless specific new arrangements are made, withdrawal from the EU could mean that that expertise is no longer available for use in EU programmes, networks and agencies which, combined with possible financial shortfalls, could reduce their effectiveness in the future.

It is far too early to predict with any confidence what Brexit will mean for health. But it certainly has the potential to cause significant problems both in the UK and elsewhere. Lets hope that some attention is paid to these issues in the negotiations.

[2] It overlooks, for example, environmental health controls, health and safety at work, free movement of health professionals, cross-border health care and reciprocal health care coverage, blood and organs, medical devices, nutrition, health research, clinical trials, international trade, development, e-health,   and recommendations on the sustainability of health systems . And it gets various things wrong, ranging from specifics about how the European Commission is organized and who is responsible for medicines pricing, right through to the basic principles underlying the EU.

[3] See the article on the progress of the Brexit enquiry, ‘What Does Brexit Mean For Health In The UK’, by Nick Fahy and Tamara Hervey in Eurohealth Vol 23, No 1 , 2017

[4] Evidence given to the House of Commons Health Committee by Charlie Massey, Chief Executive and Registrar of the GMC in the Hearing of 28 February

[6] The current estimate is that there are 90,000 EU nationals employed in social care, and 58,000 in the NHS. Figures cited by Fahy and Hervey