With most European countries now opting for some degree of relaxation of their lock-down, inevitably there have been some localised outbreaks of fresh infections. To liken these to ‘second wave’ (which in 1918 killed more people than the first wave) is dubious because a) testing in many places has been variable, so infection rates now are difficult to compare with previous and b) potential changes in the virus’s behaviour as it has spread also make the situation difficult to judge.

We have learnt a lot more about the virus than we knew at the beginning of this year, but one principle remains as important as it was when the WHO first made its statement, that in order to contain the virus, every nation must heed the mantra ‘test, test and test.’ 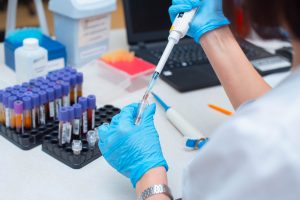 The real and pressing question is: where countries claim to have put in place such programmes (some much later than others for complex reasons), do they have the capacity to deliver testing at the level that is required?

If they are in reality under-resourced and cannot deliver the number of tests needed, then they are both a waste of public money but of greater concern because their existence would lead the public at large to have confidence in public health measures that are not in practice, protecting them as they were designed to do.

All Policies for a Healthy Europe@wellbeingEU·
21 Jun

Our well-being ambassador @sara_saracerdas MEP speaks at our flagship event: “The focus of inter-governmental action to tackle cancer should be in tailoring policy to different populations.”

Doubts raised about the ‘ocean solution’ to #climatechange. More work just needs to be done.
https://www.technologyreview.com/2022/03/30/1048434/why-using-the-oceans-to-suck-up-co2-might-not-be-as-easy-as-hoped/

A comment on ‘community power’ (self-organising networks) in the UK
https://www.thealternative.org.uk/dailyalternative/2021/12/6/were-right-here-localism?rq=deana%20wildgoose

Defining what we mean by social economy in Europe and how it can be supported. We think this matters more than you would think for both health and related wellbeing issues.
https://www.euractiv.com/section/economy-jobs/news/state-of-play-in-social-economy-finance-in-the-eu/

Tick borne disease spreads in the US. Should we be worried?
https://www.wired.com/story/ticks-are-spreading-in-the-us-and-taking-new-diseases-with-them/

Having a wider view. Does comparative #anthropology make us reflect on our own behavior?
https://www.bbc.com/future/article/20210222-the-unusual-ways-western-parents-raise-children

A tribute to a great systems thinker. Meadows makes a powerful distinction between industrial systems and social systems
https://arnaldopellini.medium.com/living-in-a-world-of-systems-excerpts-from-donella-meadows-b368748eb2e8

The importance of addressing #antimicrobial resistance in a global #pandemic treaty
https://www.cambridge.org/core/journals/journal-of-law-medicine-and-ethics/article/global-pandemic-treaty-must-address-antimicrobial-resistance/A2021A9463A0C199406B0E0D61E1014C

Defining complexity economics: a blog from the President of the Santa Fe Institute
https://sfiscience.medium.com/emergent-political-economies-and-a-science-of-possibility-6d8568c9eb63