Lois described the project that she and two colleagues ( Dr Ruth Collins-Nakai and Dr Axel Meisen ) are currently undertaking to think about the future of Canada following the Covid 19 pandemic.

They have been meeting weekly since early June, undertaking a Foresight exercise, something Lois and her 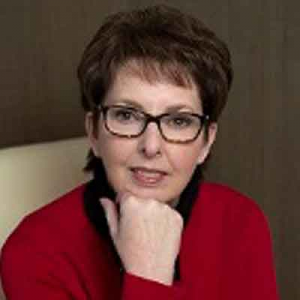 colleagues have considerable experience with.  Their goal is to develop new perspectives on how Canada should proceed given the severe economic and social consequences of the Covid 19 pandemic and present these perspectives to the political and community leaders whose job it will be to lead the recovery.

A major challenge for Canada is how to balance the delivery of social programs such as public healthcare (which consumes over forty percent of the budgets in most Canadian provinces) against the huge financial consequences of the pandemic. Delving into how the Government might manage this, has raised real questions about the relationship between a strong economy and a strong democracy.

The concepts of a strong economy and a strong democracy are not as straight forward as they might seem, but they are intimately linked. There is a growing perception (e.g. led by the OECD but also implicit in the UN SDGs) that an economy simply based on accumulating greater wealth is not one that genuinely addresses the needs of a society. Holistic measures of wellbeing must be integrated into economic policy, covering key areas such as opportunity and education, social inequality and social cohesion, health, and the environment. Attempts to reform economic planning are challenged by the global trend towards greater individualism and personal interests, which can prevail above a sense of responsibility for long-term consequences.  These same trends also threaten the traditional democratic processes which have underpinned and supported Canada’s social programs, such as public healthcare.  Read the rest of the interview here

This is a widespread trend, manifest in many countries, but detectable in Canada also. Significant pressures are being exerted by vested interests, to reduce or maintain undue influence over democratic mechanisms that were designed to retain balance, social justice, hold back corruption, and encourage social responsibility and participation. In simplest terms, there is a global swing to the right, allowing the rise of authoritarian regimes focused on economic gain at the expense of social and environmental issues.

Additional threats identified by Lois and her colleagues are at least two-fold. First, Canada is an exporting nation, shipping large amounts of grain, beef, wood, fossil fuels and other resources to global markets.  There are concerns that for multiple reasons, global demand for such products will significantly diminish within a generation.  For example, agricultural commodities are carbon and water intensive, and expensive to produce.  The replacement of traditional foods with cheaper synthetic and cultured food product substitutes poses a major challenge to the Canadian agricultural sector, particularly in the face of climatic change.  Similarly, the Canadian boreal forest will be increasingly under threat by climatic change. Industrial activities such as timber harvesting and open pit mining will struggle along with the agricultural sector.    The same argument applies to oil exports. The need to reduce CO2 emissions, combined with a global surplus of oil is already severely impacting the global demand for Canadian energy products.

Maintaining a strong economy going forward will require a new economic model.  There is scepticism about the idealisation of new technologies as an economic solution for Canada.  Similar notions about technology representing the path to prosperity are being touted across many developed economies. A question of plausibility arises here. The challenge is to identify new opportunities for wealth generation that will position Canada for prosperity into the mid-21st century.

The second challenge is related to democracy.  Democracy and societal cohesion are threatened not only by the growing trend toward individualism, but also by increasing diversity within the Canadian population.   Canada is a large land mass with a small, but very heterogeneous population.  Traditional democratic processes are increasingly challenged to ensure fair and equitable representation of the diversity of political ideologies, demographic differences, religious beliefs, and regional agendas.  In the mix are also Canada’s Aboriginal and Inuit populations, who claim status as a distinct society with an equal say in the governing of Canada.

Perceived failure of the democratic process exposes political and other social and economic fault lines that exist in Canada.  Because of social inequalities and the influence of special interest groups, the number of separatist voices advocating that the Canadian Confederation break apart continues to grow.  Without an evolution of the democratic processes, Canada may not be able to reverse this trend. Maintaining a strong democracy is integral to economic stability and the social well-being of Canadians. Maintaining a strong Democracy is much easier when the economy is robust.

In the wake of the pandemic it is critical that those who are able, think deeply about what must be done to stabilize the country and preserve the fundamental systems that reflect Canadian values.  This does not mean that all will remain the same.  On the contrary it is imperative that much must change.  For example, programs such as our public healthcare system cannot continue to serve Canadians now and into the future, if it does not evolve.

Canada is not alone in these challenges.  Many parts of the world are being significantly impacted by climatic change, disruptions to global supply chains, political conflict, and the rise of powerful special interest groups, all of which threaten economic stability and democratic societies.  The Covid 19 pandemic has delivered a traumatic destabilizing blow to the global community.  Many Democratic nations have had great difficulty in accommodating the new ideological and social needs of their citizens and an increasing number of legal and illegal migrants.

Whatever Foresight methods one uses, it does seem that there is a significant challenge in determining productive pathways forward.  Pathways that lead away from the more obvious dystopian scenarios that can be imagined while doing Foresight work such as Lois and her colleagues are undertaking.

The work continues! Nevertheless, there is potential opportunity to further share expertise through the EHFF and other available networks, to support Lois’ work, certainly in the opinion of EHFF, and we’re grateful to her for sharing with us her current preoccupations, which are of considerable interest.

Lois can be contacted by email at:  lois.macklin@context21.ca.