Dear Collogues, as the summer holidays begin, we thought we would update you on some recent activities.

1. The end of the CEmPaC project:

As some of you may know, this had been our biggest contract so far, funded by the Robert Bosch Stiftung for almost 500,000€ over four years, completed April 2022. Our preliminary discussions with RBS started in 2017, after Jim Philips and David Somekh were on the EPF steering team for the RBS funded year where EPF promoted policy and actions related to patient empowerment in Europe (2015/2016).

Our brief was to set up a virtual, easily accessible and not for profit European resource centre for patient and community empowerment which offered information to a variety of potential stakeholders, training and support pro bono but to try and ensure that the project was sustainable beyond the funding period. We’ve now agreed with RBS that this mission was fulfilled (and a detailed analysis of how the project performed against the original brief is available on application).
CEmPaC is shortly to be constituted as a Community Interest Company (not for profit) and will come out from EHFF’s umbrella, although David will remain one of the Directors for the new organisation to begin with. As a first step, through its International Expert group, there were two major events in mid-June, firstly, a four hour free conference on ‘Patient Empowerment in health and care, where next?’ with 9 speakers and a total of 90 participants lasting the whole session. Edited recordings of the sessions will be accessible on the CEmPaC website (or the EHFF LinkedIn page) shortly.

2. The Patient Empowerment Roundtable:
The second June event put on by CEmPaC, collaboratively with EHFF, EPF, the Personalised Care Institute of the NHS, the Global Health Literacy Academy and CEREF (Padova) was a major exercise in attempting to define what patient empowerment means in Europe and how it might evolve. This brought a diverse group of 20 invited international experts to a three hour roundtable which was recorded and has been transcribed and the participants also provided individual statements on their position on the subject plus mini-bios. The idea is to create a document bringing together all of this material, which would stand as a marker in the topic for Europe. This work is now in progress and after a draft document is circulated to the participants for comments, the planning group (Jim Phillips, Cecilia Vera, Kristine Sorenson, Kaisa Immonen, Piera Poletti, David Somekh and Lars Kayser) will decide how best to disseminate the results.
3. Conclusion of the Johnson & Johnson Foundation funded project on transforming the European health ecosystem:

This project was funded by the Foundation between October 2021 and April this year. As recipients of our News will know, we’ve been advising you of the Three Horizons project on the future of health in Europe since as long ago as May 2020. In mid-June 2021 we got into discussions with Marion Birnstill and Ben Davies of the Foundation which culminated in them agreeing a six month project with funding of 100,000€ to take the three horizons work to the next level, where it could be submitted for a major  three year funded bid to make a significant impact on the field. EHFF believes that it has a unique opportunity, despite its small size, to influence the transformation of the ecosystem and the grant allowed the feasibility of this to be explored.

A report has now been produced which summarises outcomes. It will be circulated to the thirty participants in the original survey from two years ago. It runs to 20 pages plus appendices, but a short version can be provided on request. Essentially, we learnt a lot of lessons from this very intensive exercise, but we now have a detailed proposal for applying the concept of transformation catalyst in the health ecosystem. The proposal to work collaboratively with theFoundation for the next three years didn’t work out. While there was good will, their view of the kind of organisation that should carry this work forward differed from ours, in the end, although we worked hard together to find consensus. 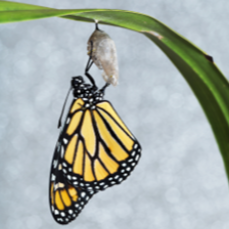 Nevertheless, the project team feel very positive about the product we now have, and this was one of the topics discussed in our recent virtual strategy meeting, described in the final news

item, below. The project team are now looking to develop one crucial component of the proposal, namely a carefully designed communications model to convey the transformation concept clearly to a wider audience, in order to attract and engage them (we have in mind the Doughnut economy as an example). A final key task is to investigate which potential funder(s) might now be approached, but can’t be done until we have delivered the communications target just referred to. Watch this space!

4. An interim report from the EHFF annual Strategy Meeting:

On 7th May, fourteen members of the Board and Advisory group met virtually for three hours. With Ales Bourek and Lars Munter as moderators, the meeting was split into three equal sections, dealing with an update on current progress, implications for the future and finally, transforming EHFF as an organisation (carrying on a discussion started at the 2021 strategy meeting). There was a rich discussion in all three sessions, which has been transcribed, and a preliminary analysis of key issues raised has recently been circulated to the group. We need to clarify and summarise these further when they will be shared with the EHFF Community and will form the basis of our workplan for the next year or so.

To underline what we saw as most important to come out of this was, firstly as already noted above, the relevance of a complete review of the way we convey our identity to the outside world, based on how we’ve evolved in our thinking and actions over the last 10 years; and secondly to dig deeper into the crucial need to change our organisation’s structure, both to ensure sustainability but also to match our changing strategic agenda. These will be the two topics for our first face to face strategy meeting since the start of the pandemic, which we are now planning to convene in late October.

This site uses Akismet to reduce spam. Learn how your comment data is processed.