It is about 5 months since our last COVID Bulletin. This is partly because there seemed to be a dramatic shift in the progress of the pandemic in Europe and attempts to manage it around the end of the last year. Undoubtedly the two big events were the advent of the two vaccines, from Pfizer and Astra-Zeneca (and those that followed) and secondly, the ‘second-wave’, if that is the correct label, following the understandable but ill-advised relaxing of restrictions over the Christmas period which certainly contributed to the upsurge of infections and deaths in Europe.

We therefore waited and watched until it became clearer what useful observations might be made about what was happening. We’ve decided to do something slightly different this time. We identified four themes that we thought were interesting, but instead of giving our take on them, we’ve gone out onto the net and looked at how other commentators tackled them. So, we asked four questions: Where did Germany go wrong (they had seemed to be doing so well)?, how do the logistics of a successful vaccine rollout stack up against a botched track and trace in the UK?, what does the pandemic tell us about the decline of the American Empire? and why do women national leaders seem to be getting better results for their countries in handling the pandemic (or are they)?

We’re releasing these as a series of mini-bulletins: here’s the first.

Germany and COVID: what went wrong? 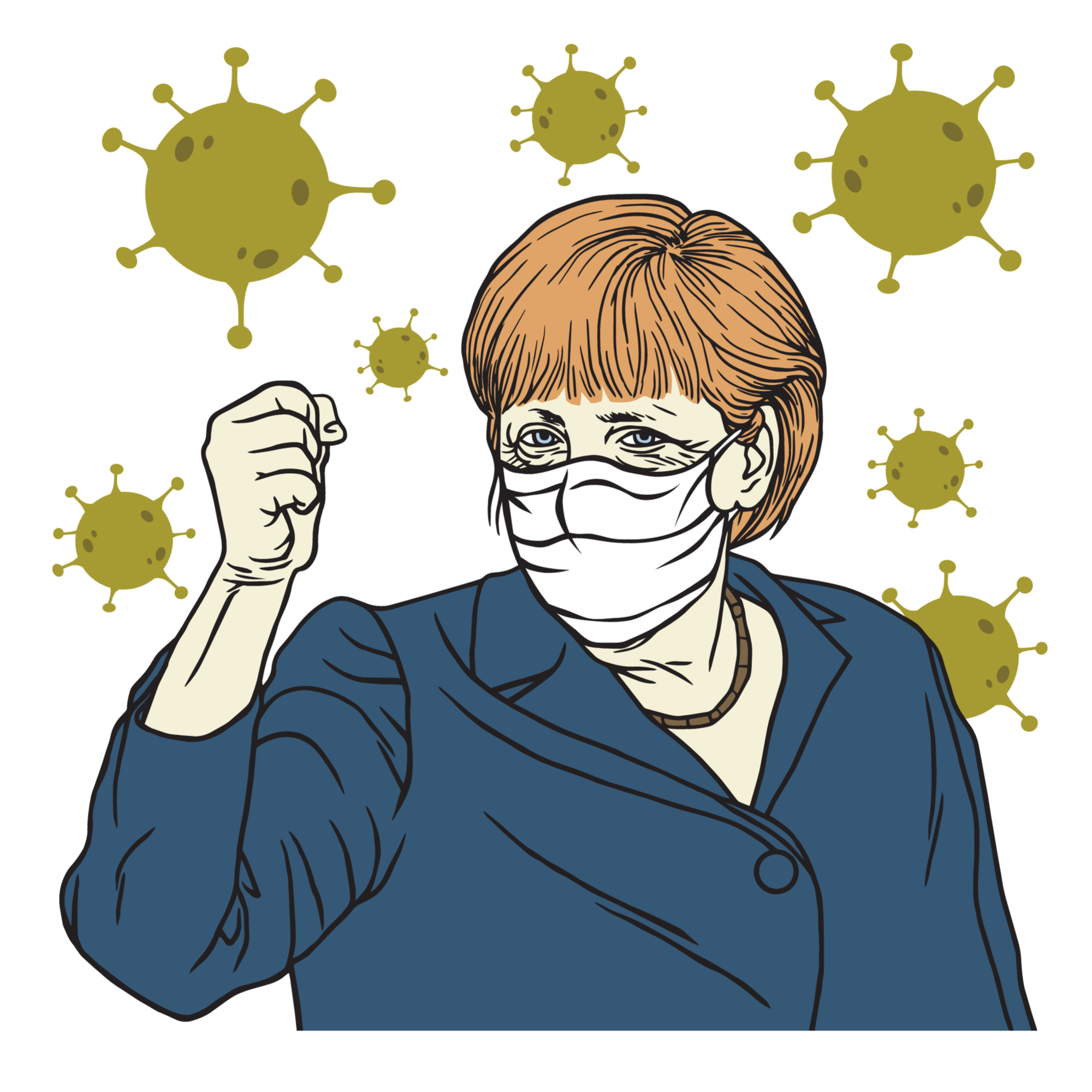 In May 2020, the World Economic Forum website featured an article headlined ‘How Germany contained the coronavirus’. Jens Spahn, the Federal Minister of Health stated:  ‘Compared to many other countries, Germany has managed the COVID-19 crisis well, owing to its properly funded health system, technological edge, and decisive leadership. But beyond any unique feature of the German system is something that all countries can replicate: a strong commitment to building public trust.’

‘Germany is often referred to as a positive example of how to manage the COVID-19 pandemic. We were successful in preventing the overburdening of our health system. The curve of infections is clearly flattening. And the proportion of severe cases and fatalities is lower in Germany than in many other countries. But this makes us humble, rather than overconfident.’

‘Only time will tell if we have made the right decisions, so I am careful about drawing lessons from the crisis at this point. But a few things already seem clear to me….

First, it is critical that governments inform the public not just about what they know, but also about what they do not know…we have succeeded in slowing the spread of the virus because the vast majority of citizens want to cooperate, out of a sense of responsibility for themselves and others. But to maintain this success, the government must complement timely information about the virus with open public debate and a roadmap for recovery.

Second, in addition to informing the public, governments should show that they are relying on citizens to understand the situation and what it demands.

Third, the pandemic has shown why an interconnected world needs global-level crisis management. Sadly, multilateral cooperation has become more difficult in recent years, even among close allies. Now that we see how much we need one another; the current crisis should be a wake-up call.’

‘The lockdown is not as restrictive as the March-April one, and food outlets can still provide takeaways. The coronavirus infection rate is still rising in Germany, though not as dramatically as in France and Belgium, which are now in tighter lockdowns. Chancellor Angela Merkel urged Germans to stick to the new rules now, and make November a “breakwater”, so that Christmas may be enjoyed despite “this sort of natural disaster”.

“It will be a Christmas under corona conditions, but it should not be a lonely Christmas,” she said, explaining that family visits should be feasible, but without any “lavish New Year’s parties”.

“The light at the end of the tunnel is still quite a long way off,” she warned.’

Yet by early February of this year there was an opinion piece in the New York Times  titled ‘ How Germany lost control of the virus’:

“We have lost control of this thing.” Those were the words of Chancellor Angela Merkel of Germany, surveying the country’s situation in late January at a confidential meeting. She spoke with typical precision. In Germany, which on Wednesday prolonged its current lockdown until at least March 7, things are bad: Since October, cases have soared — they are only now starting to come down — and over 50,000 people have died. An atmosphere of grim resignation prevails.

But wasn’t Germany one of the global leaders in pandemic control during the first wave? Didn’t Germans enjoy a fairly normal summer of trips to the beach and meeting with friends at beer gardens? Didn’t their children return to school, as normal, in August and September?

Yes, yes and yes. But when autumn came, things started to go wrong. And it wasn’t bad luck. It was politics.

When cases started to rise in the autumn, policymakers failed to repeat their earlier firm response. During the first week of October, the caseload was as high as it had been when the first lockdown had been imposed in March. But many explained the rise by pointing to the increased number of tests, ignoring the clear trend of cases upward. Nothing was done. It wasn’t until just before Christmas, at which point cases were rising sharply, that politicians hit the emergency brake and closed down the country.

The decision came so late that by early January, some intensive care units were nearly overwhelmed. Daily deaths were at times quadruple their highest point in the first wave. In the first half of January, the number of deaths per 100,000 inhabitants temporarily exceeded that in the United States. The elderly were devastated: Roughly 90 percent of those who died in the second wave were 70 or older. For a country that had been widely hailed for its successful handling of the pandemic, it was a shocking reversal. Why did this happen?

The short answer: politics. In 2021, Germany will hold six state elections plus the national parliamentary election in September. If ever there was a time to take political risks — and there’s little riskier than depriving weary citizens of their freedoms for uncertain gain — the middle of a major election year is not it.

Though the pandemic was far from over, now seems a time for sharpening individual political profiles instead of compromising, for catering to local constituents’ special interests instead of focusing on the national common good. Political considerations are back. Those have played out in conflicts among the 16 regional governors and also in tensions between the governors and the chancellor. One reason for the country’s slow reintroduction of restrictions was that the regional heads felt Ms. Merkel was pushing too hard, aiming at a show of power.

The troubled vaccination rollout has poured fuel on the fire. As part of the European Union — which was slow to agree on a contract with suppliers and late to begin the rollout — Germany has struggled to vaccinate its citizens: Currently (n.b. early Feb. 2020) only 4 percent have had a vaccine. And when AstraZeneca, one of the manufacturers, announced in January that it would cut its supply to the bloc, political war broke out.

States, the parties in the governing coalition and the minister of health all frantically blamed each other — or Mrs. Merkel and Brussels. Germans were left desperately trying to get hold of a vaccination appointment for their elderly kin.’

Comment: we’re too polite to refer to the astonishing fiasco over the Astra-Zeneca vaccine:  ‘not enough data (yet) on efficacy in the elderly’. Is there anything to be learnt from Germany’s troubles? Perhaps that, despite the good-will and honest determination of the Health Minister and Mrs Merkel, a federal republic like Germany is just too big to maintain the social solidarity necessary to cope with the pandemic? Maybe.