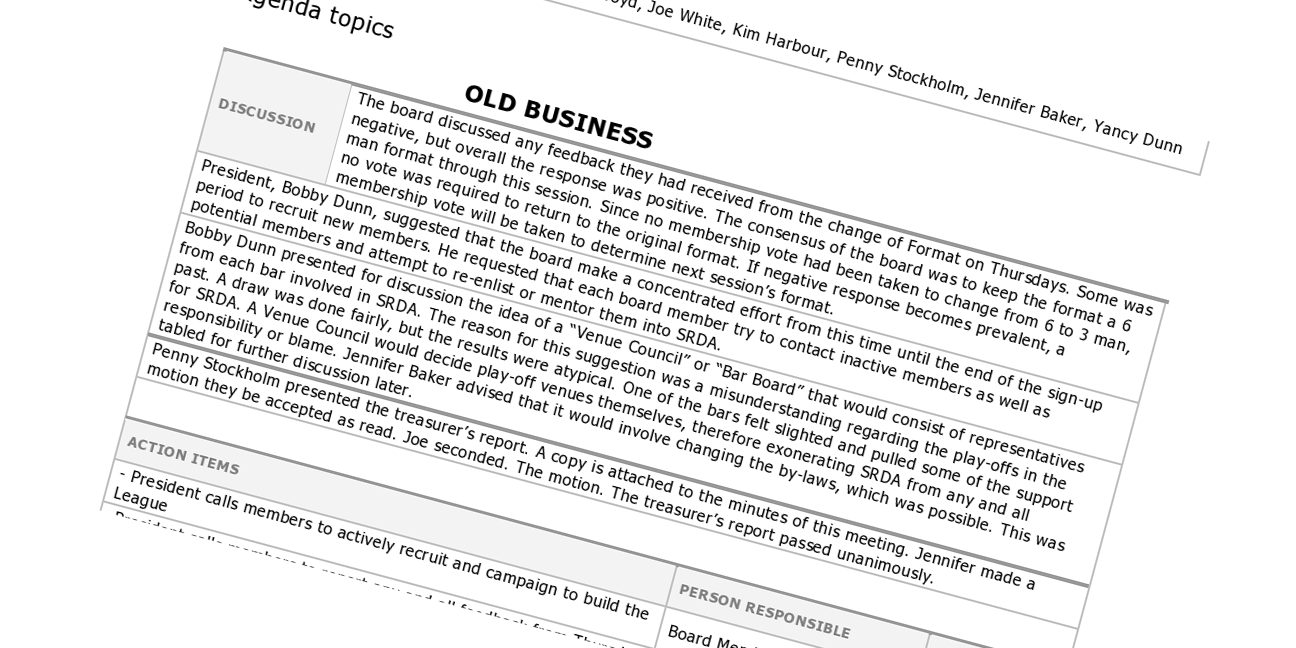 The first board meeting of EHFF was held in London, UK on 19 May 2013. The Minutes of that meeting are available for download.

Draft Minutes of EHFF Board Meeting

DS proposed MB to chair the meeting and it was unanimously agreed.
MB invited each individual to share their thoughts on the current and future vision for EHFF.
It was agreed that in order for EHFF to survive into the future, action was needed to engage with, and involve more of the younger generation.
(Notes on the various inputs are listed under point 6 below ‘The Community – Who we are’

A general update on the status of the accounts was given by DG.
DG reiterated that Board members should keep track of out of pocket expenses. Reimbursement will occur when funds are available.

Timetable for and nature of launch

The launch should not be ‘just for branding’, but should have a specific outcome in its own right. The preferred option is to piggyback another event; utilise in so far as is possible digital media to enable sharing/promotion. Various opportunities for a launch were explored and considered including Brussels, Link with a partner event in England, Netherlands, and Portugal; a 21st Century launch on Twitter; links with EU Presidencies (ruled out)

Ideas included a multimedia launch using interviews perhaps of those present and those in other locations, emphasis to be put on young people if possible. Include stage of EHFF project.

Action: SD and MB to come up with a proposal

Discussion re ‘the community’ (who we are)

Some of the thoughts included:

Report to the Board on current activities

All agreed that a great start had been made largely due to SD
Framework for future expansion is now there, so we need more content
EHFF site to possibly host ESQH website in future
SD suggested there are many ways to re-use existing or others’ content, particularly using Twitter.
Action: SD to make proposal on how all can make more content available and SC to support him

Lots of opportunities and ‘nodes for networking
Do we have a formal or informal process?
Action: SC to forward some examples of his networking efforts with Feasta to DS
Action: AB to seek out possible E. European/Ukraine networking nodes, including students

SC had drafted a proposal for a webinar style event – short and using the troika of interests – Healthcare/Education/Business – this is to be further developed
Action: SC & SD

The pros and cons of charitable status were discussed, and also the distinctions between the requirements particularly in the UK and NL.
It was agreed to study it further perhaps searching for an open-minded lawyer, understanding the benefits and looking for similar/good examples.
Action: DS & MB

It was agreed that clearer roles should be defined for the Board so that the workload can be shared.
Action: MB to help define the roles and ensure that we play them!

It was agreed that the next formal Board meeting would take place in France on the 24th August 2013
This is the eve of the Summercamp in Belval in near Lille in northern France. It was provisionally suggested to meet in the afternoon either near Roissy – Charles de Gaulle airport or closer to Belval (which is further north).