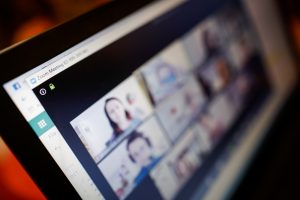 This year’s AGM and Annual Strategy Meeting were, for the second year running, held via Zoom rather than face to face.
On March 26th the EHFF formal AGM was held, preceded by the AGM for its not-for-profit subsidiary EHFF.UK. In the interests of transparency, the two Agendas, past year’s minutes, and abbreviated accounts will be available on the EHFF website shortly. On the same afternoon, there was a brief informal meeting of the Board and the 15 strong Advisory Group to review the process for the strategy meeting the following day.

On March 27th the annual strategy meeting, lasting four to five hours (with appropriate breaks!) took place. There were 14 attendees and 6 apologies.

The session was recorded. The first phase was a ‘tour de table’ with a review of the bullet points requested prior to the meeting – identifying what issues figured highest in individual member’s current interests. The second phase was a series of presentations on the key activities that EHFF had been engaged in during the last year.

Key Activities
Sean Conlan described the EHFF approach to setting up a Wellbeing Alliance (WEAll) hub in Ireland, an ongoing and engaging project to create a multi-stakeholder network in the Irish community to support the introduction of needs-led planning to the Irish Economy, as has been introduced in places like Scotland, New Zealand and Finland, among others.

Jim Phillips then reviewed the progress during 2020 of the RBS funded project, CEMPaC (Centre for Empowering Patients and Communities), now about to enter its fourth and final year.

David Somekh followed with an account of our engagement with All Policies for a Healthy Europe (AP4HE), which is our main current area of engagement with the European Commission (or ‘Brussels bubble’). AP4HE is a consortium with three or four industry sponsors and about 15 knowledge partners (of which we’re one). During 2020 there were three main areas of work to produce policy papers designed to lobby the EC and European Parliament on specific issues related to health. These were, the Environment (where Sean Conlan had a role), Digital (Agnieszka Daval) and the Wellbeing economy, where David Somekh chaired the Working Group and helped write the policy paper. This work will be continued into 2021.

Finally, Ian Kendrick described the process of developing a major scenario project on the future of the European Health Ecosystem, using the three horizons (3H) tool, which began in June and engaged a team of about six of our colleagues but included a questionnaire survey of our members, with at least 30 replies generating over 600 individual question responses, which formed the basis of the study.

After a break, the next phase was a very detailed exposition by Ian of the three horizons (present, future and transformational journey) for each of which a systems diagram or causal loop analysis had been constructed. The main purpose was to concentrate on Horizon 2, the most complex system, but also the one that would allow us to re-examine our statement of purpose for EHFF (a review of past definitions of what EHFF represents undertaken at the start of the 3H process) and to examine how this analysis of H2 changed our ideas of what EHFF might become and secondly (or intertwined with it) what would be the appropriate and meaningful role for EHFF in being engaged in the change process that the H2 system defined.

The group then discussed the findings and gave their individual reactions and suggestions. After a further break, we turned to Daniel Steenstra for his advice on how we might tackle the issue of designing or re-designing EHFF. After some discussion, Daniel suggested using the Business Model Canvas Tool as a first stage and he, Ian and David agreed to take responsibility for initiating this and aiming to get some kind of initial result by the end of June. Meanwhile, the group as a whole will be asked to declare their preferred level of involvement in that process.

The meeting ended with a round of final reflections which will be transcribed and circulated. There was a consensus that the event had been useful and stimulating and represented an important milestone in the development of EHFF.